Water Damage in Houston From a Burst Pipe 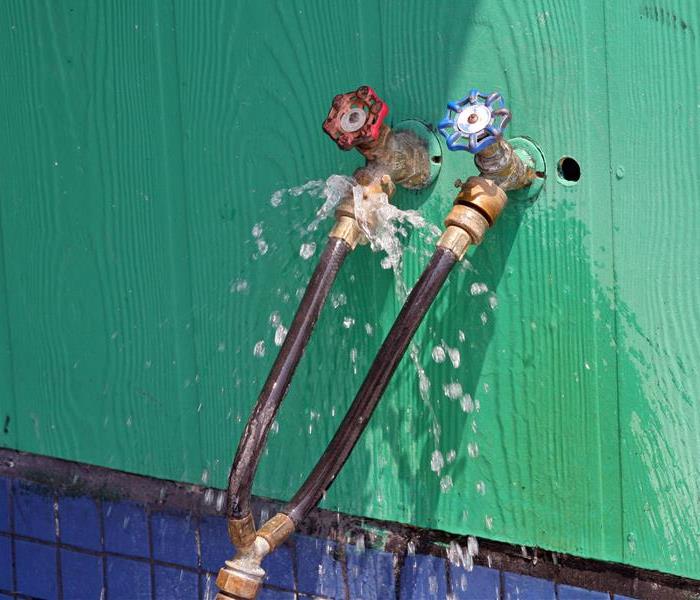 A small undetected leak can lead to great water damage.

A burst pipe can cause significant water damage in a Houston home.  Water leakage can also be terribly expensive,
possibly causing personal schedule changes and insurance claims. Additionally, mildew and mold can become a
problem long after the initial damage. Thankfully, there are experts in water damage that can help the problems
from a burst pipe be much more manageable.

Pay attention to leaking pipes! Diligence can minimize the collateral damage from a burst pipe. Pay attention to where water
has leaked. The water and moisture may have already caused a small amount of damage. Call a professional to determine what is the best course of action. An inexperienced homeowner attempting to fix the problem may just make it worse.

The possibility of structural damage is the key reason homeowners should be extra vigilant regarding the plumbing in their homes. Structural damage may be difficult to spot. You should always contact an experienced contractor such as SERVPRO to assess possible structural damage from leaky or burst pipes.

Mold is another serious problem that stems from water damage. Mold can be particularly vexing to homeowners. Because mold is living, it can grow and fill large portions of a home without the homeowner being aware. Eventually, mold can lead to structural damage. Mold can be in basements, laundry rooms, and kitchens.. Mold removal can be a very difficult task once a foothold has been secured. A concerned homeowner in Houston will order a mold inspection after any plumbing problems to ensure that this issue does not expand into a costly situation.

The above factors illustrate how complicated the ramifications of a burst pipe can be. A homeowner should not
attempt to deal with any of these issues without the assistance of an expert well versed in water damage repair and mold remediation. The skills needed to deal effectively with mold, structural damage, and leaking pipes are beyond the average homeowner. Homeowners that attempt these tasks quite often worsen the existing problems. It is always best to hire an expert to inspect the damage after experiencing a burst pipe.   SERVPRO has the experience as a full-service water restoration company to rectify and repair all the problems related to a burst
pipe.  Solving the problem of a burst pipe correctly will protect the investment of your home for years to come.

We are proud to be an active member of Houston. SERVPRO of The Woodlands/Conroe is locally owned and operated so we’re already nearby and ready to help Houston residents and business owners with any-sized water and flood damage emergencies.

When your Houston home has water damage from flooding or leaks, we have the expertise and equipment to properly restore your property.  Call us so that we may help.  (281) 219-8180