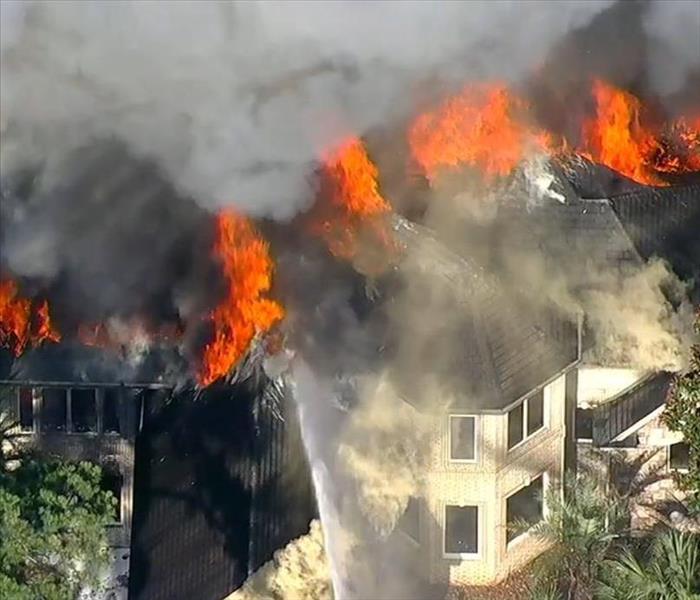 A 10,000 square foot mansion home fire in The Woodlands luckily caused zero deaths and only two reported injuries to two painters that were working in the home before the fire ignited. The palatial French-style home in The Village of Cochran’s Crossing caused a stir in The Woodlands, however the cause of the fire is till unknown.

Interim Fire Chief Doug Adams of The Woodlands Fire Department reported that the fire was called in by neighbors who noticed smoke pouring out of the mansion. More than 60 fire fighters were dispatched to the scene to fight the fire.

“We had no firefighters hurt. We had a total of eight fire trucks on scene and there were four ambulances,” Adams said. “(The fire) Had a major headstart before we arrived. (The home) Was fully involved by the time we got there. There is a gate (at the community) and that slowed us down…we have access, but it does slow us down a bit.”

Several curious neighbors migrated to the neighborhood to watch the fire ravage the mansion that included a swimming complex and tennis courts.

The cause and origin of the fire is still unknown.  Investigators will continue to analyze what happened based on the fire patterns.  The home was undergoing interior painting and remodeling prior to the fire.

“We have spent the day there,” Williams said late Friday afternoon. “The structure is still unstable, so we couldn’t do much. Commissioner (James) Noack’s office assisted us with some heavy equipment today, and that really helped us be safe.”