What Is Storm Surge and Why Is It An Important Safety Factor During Hurricanes? 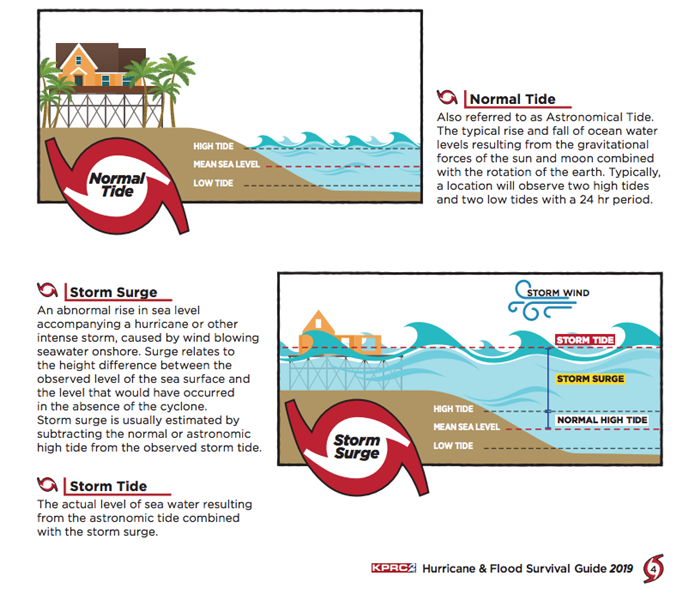 What Is Storm Surge and Why Is It An Important Safety Factor During Hurricanes?

Hurricanes can bring in massive amounts of rain and flood water.  This is caused by the storm serve and storm tide that powerful storms bring with them as they make landfall.  Let's understand more about what is normal tide, storm surge and storm tide to better understand how flooding occurs during a storm event.

Normal Tide: this is the standard (typical) rise and fall of water sea levels which is caused by the natural gravitational pull of the sun and moon combined with the rotation of the earth.  It is normal for any seacoast to have two high and low tides within a 24 hour period.

Storm Surge: this is an abnormal rise in ocean water in conjunction with an intense storm or hurricane.  This is caused when the storm winds are strong enough to carry seawater onshore.  The word surge refers to the height difference between the normal sea level and the heightened level caused by the storm.

Storm Tide: this is the actual level of sea water when combining the normal tide and the storm surge.

Be sure to pay close attention to local weather stations during a storm event and ensure that you understand the storm surge and heed all warnings for evacuation.  Storm surge can reach heights of 40 feet near the center of a Cat 5 hurricane.  Coastal flooding can reach far inland even tens of miles from the shoreline.  In most hurricanes the storm surge can increase water levels by 30 feet.