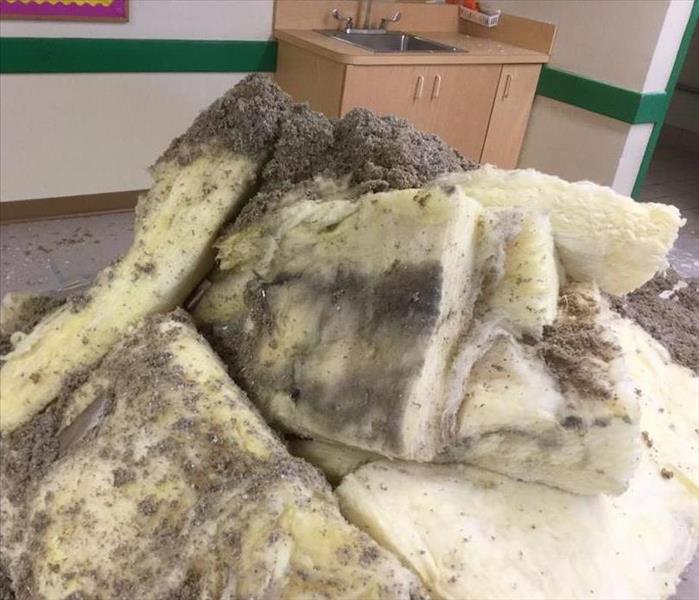 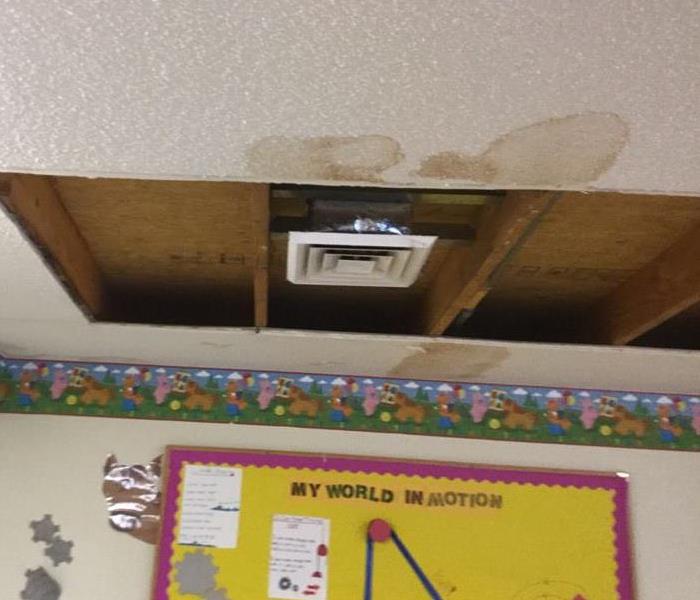 Mold in the ceiling insulation was caused by rainwater coming in from a roof leak. SERVPRO was able to remediate the mold without causing extensive cosmetic de... READ MORE 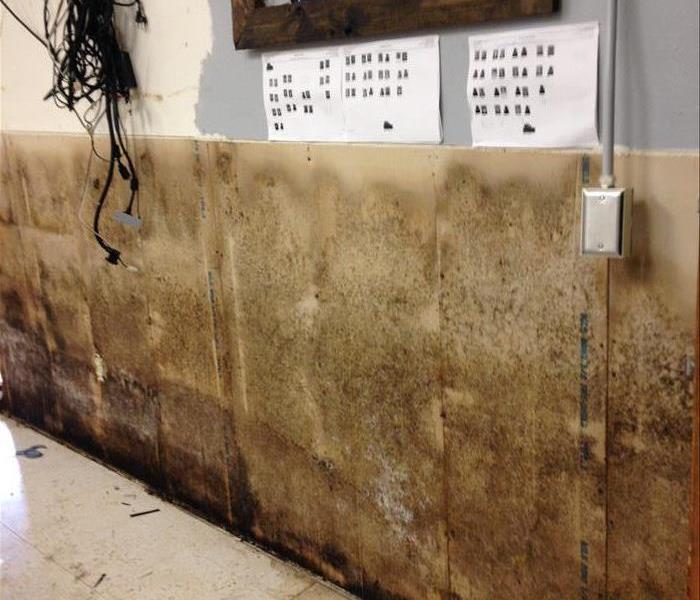 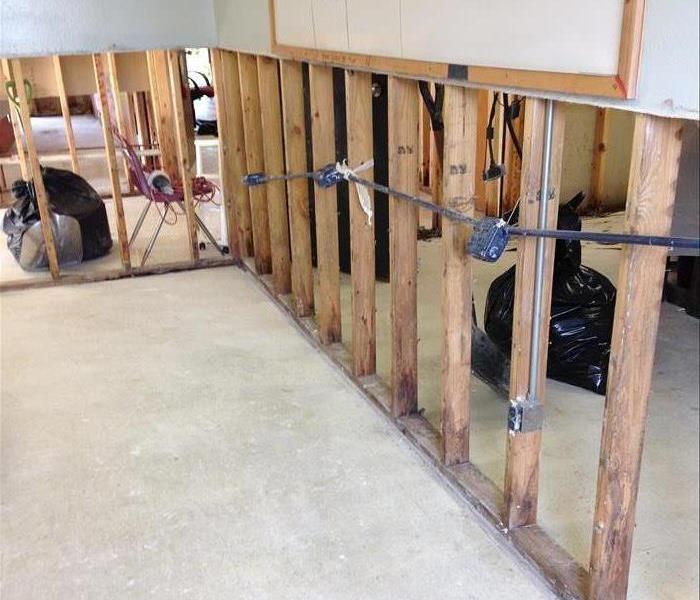 Local Houston, TX area daycare center experienced a flood caused by rainwater and did not properly mitigate their damages by having a professional remediation c... READ MORE 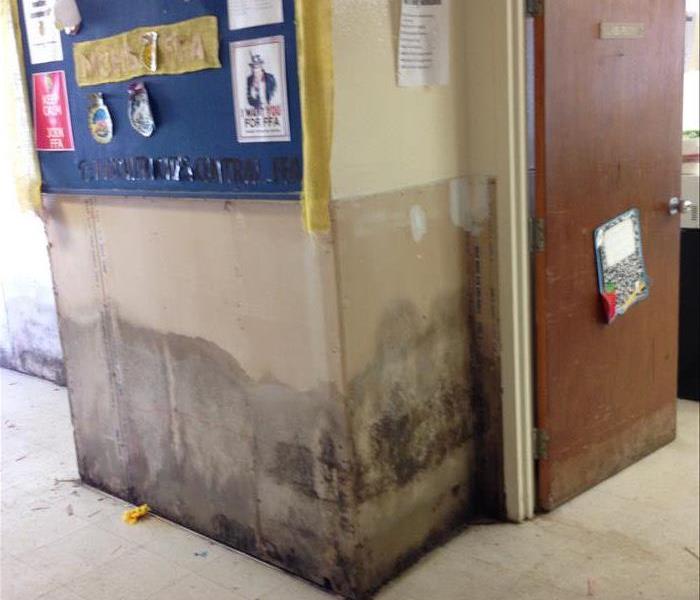 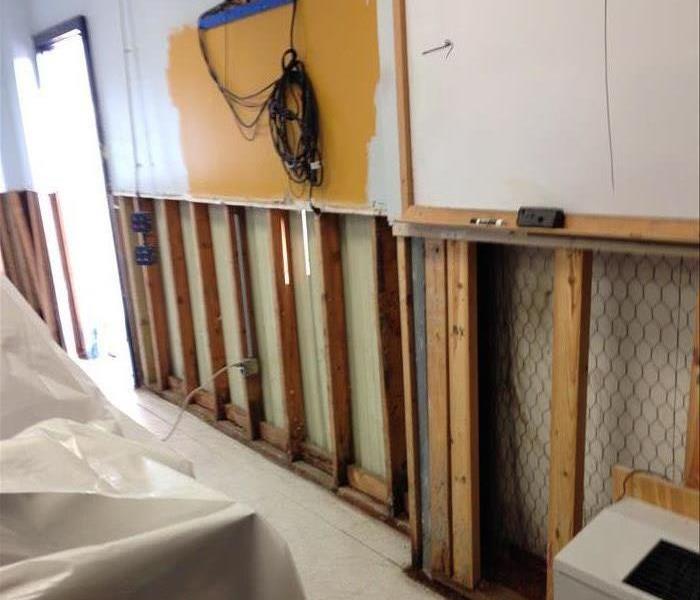 Mold remediation at Houston, TX daycare center, flood waters had intruded into the pre-school and water wicked up the pores drywall and settled in the drywall. ... READ MORE

Sewage Back Up Causes Grey Water To Spread Under Flooring 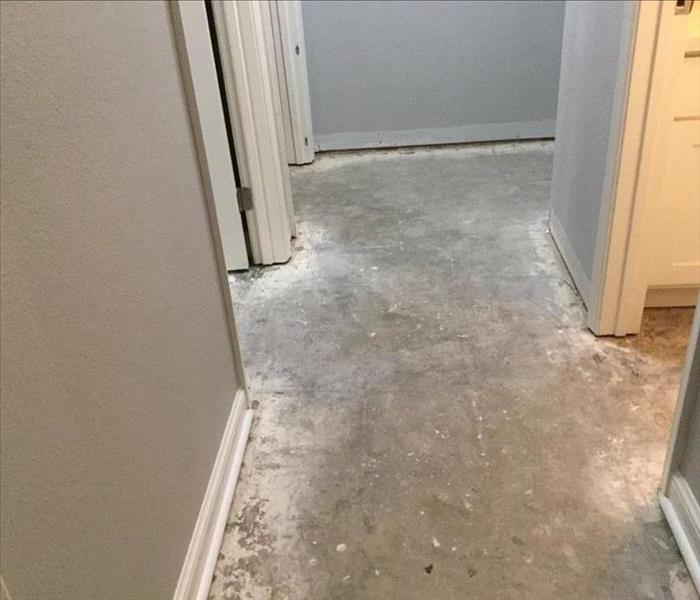 SERVPRO received a call and was dispatched to the scene due to a sewage back up that began in a house bathroom. The bathroom leak overflowed throughout the enti... READ MORE 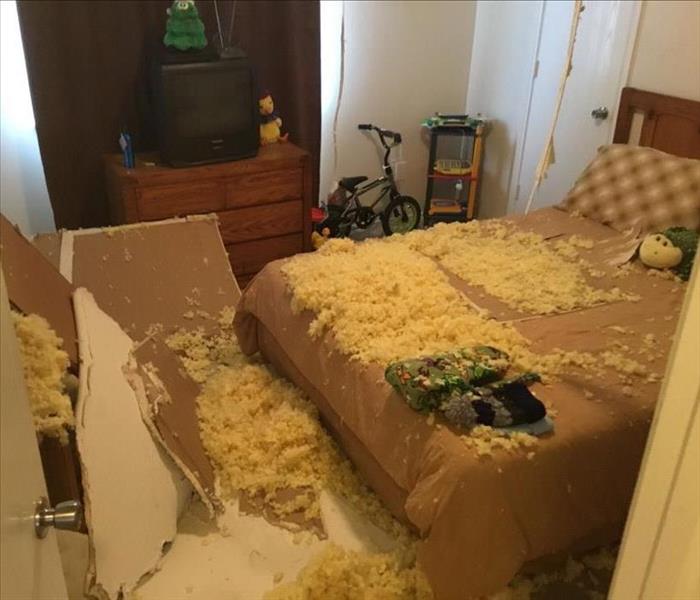 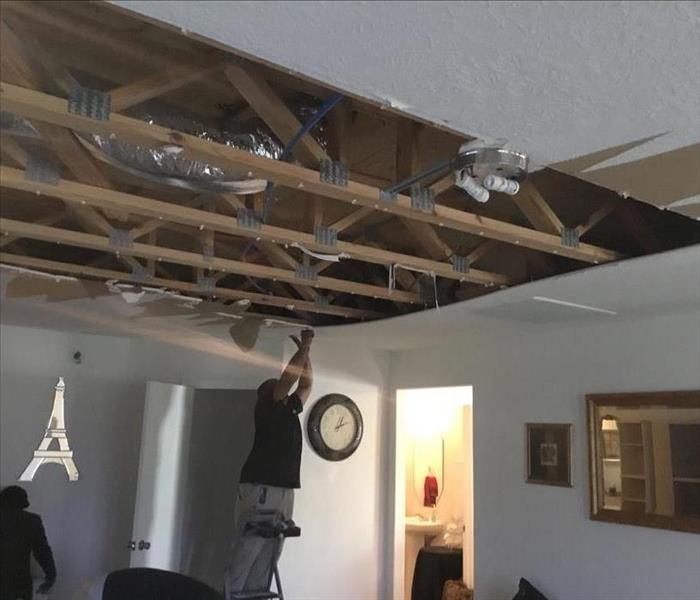 The water heater located in the attic of the house overflowed causing the ceiling to collapse. The water became too heavy, which caused not only the ceiling to ... READ MORE 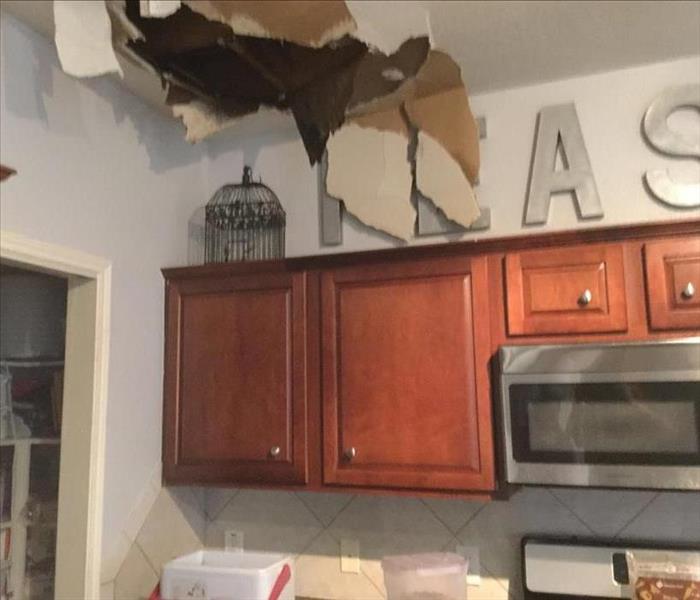 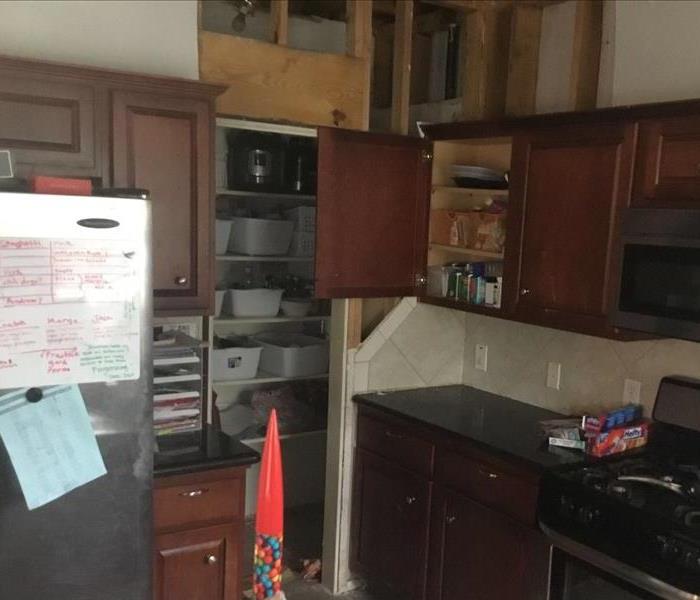 SERVPRO arrived to this house immediately after the homeowners experienced a major leak in their upstairs water heater. Due to the heavy pressure of the water, ... READ MORE 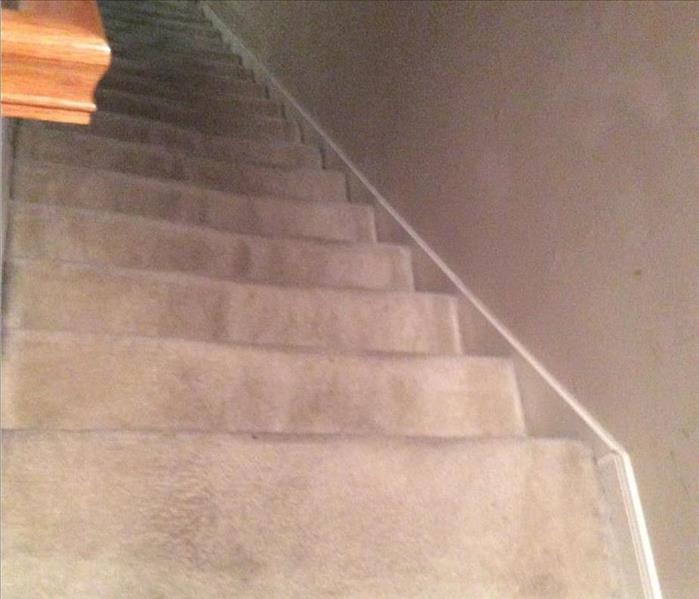 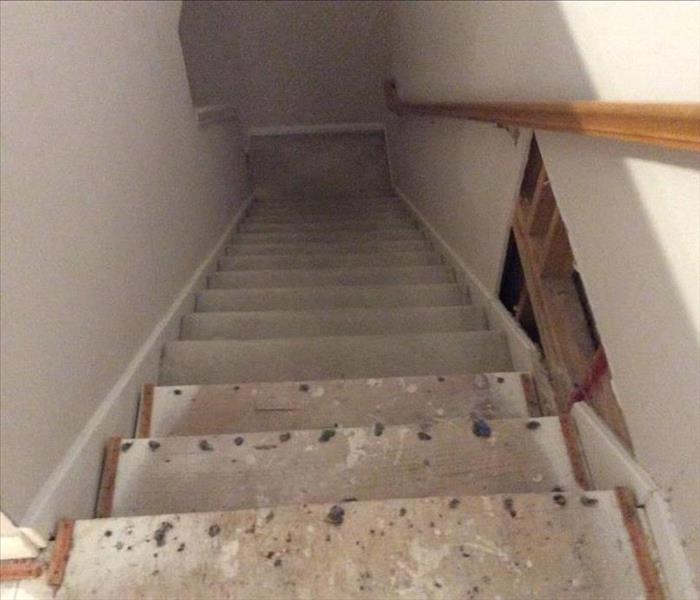 The attic’s hot water heater experienced a leak which caused the stairwell and multiple rooms in the house to experience extreme water damage. To ensure a... READ MORE 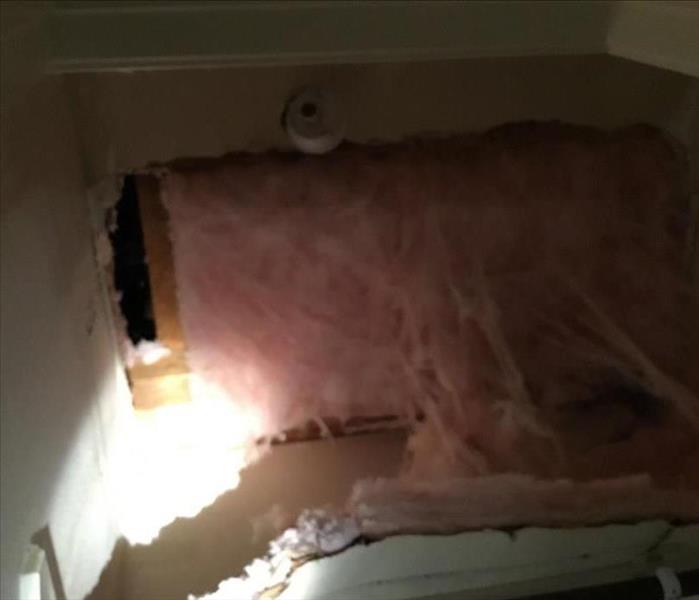 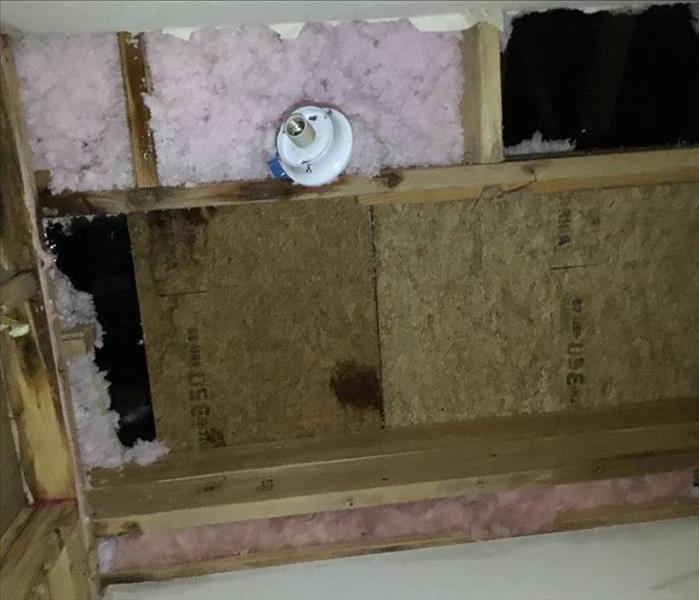 Due to a pipe leak located in the upstairs bathroom, this home experienced slight flooding and ceiling damage. The pipe leak caused the water to travel downstai... READ MORE 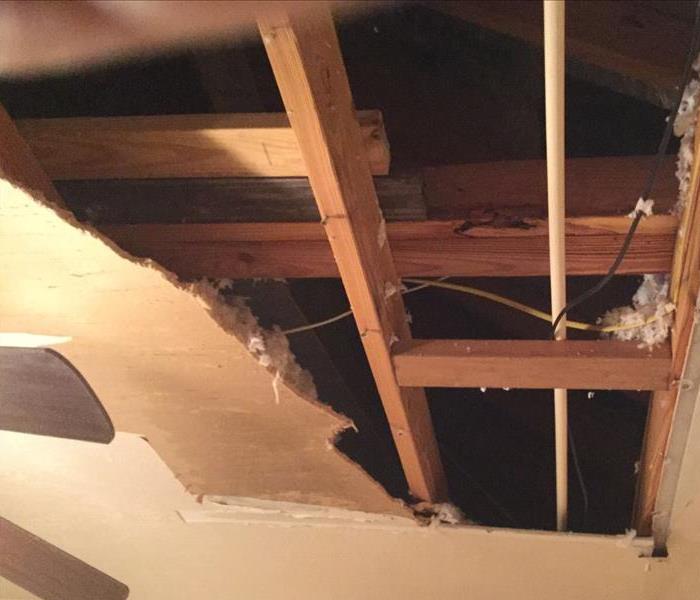 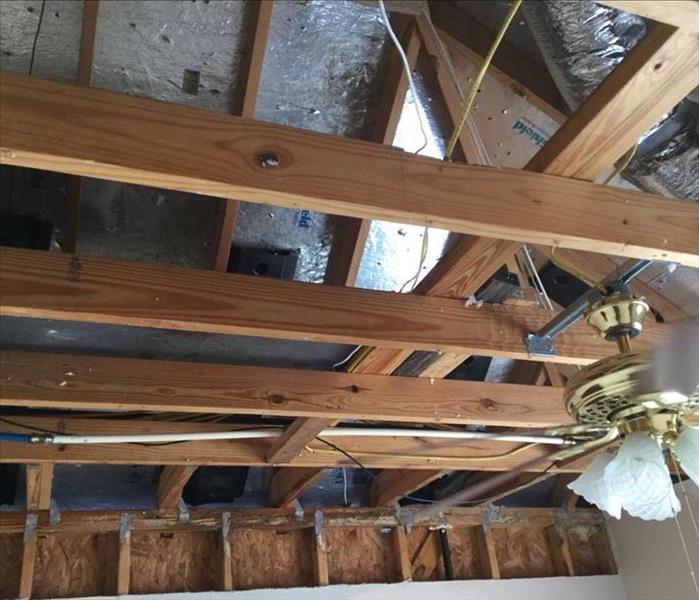 In the process of the contractor remodeling the home, he mistakenly cut into a water pressure line. In return, this caused major water damage to the drywall of ... READ MORE 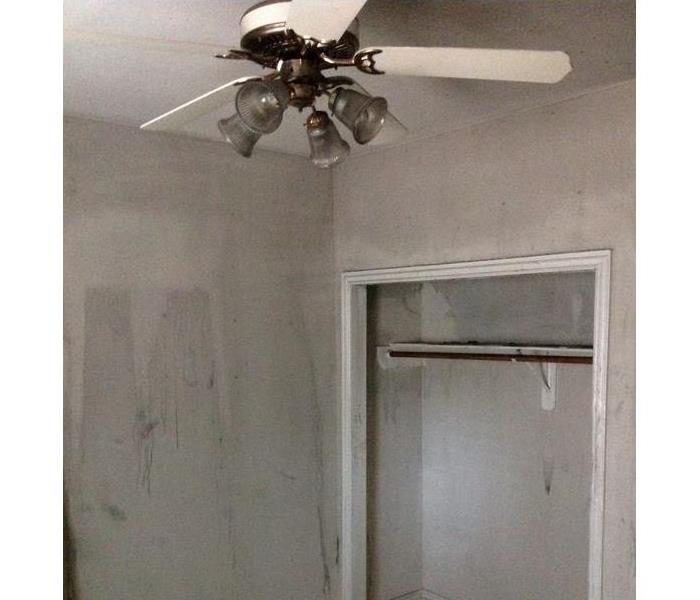 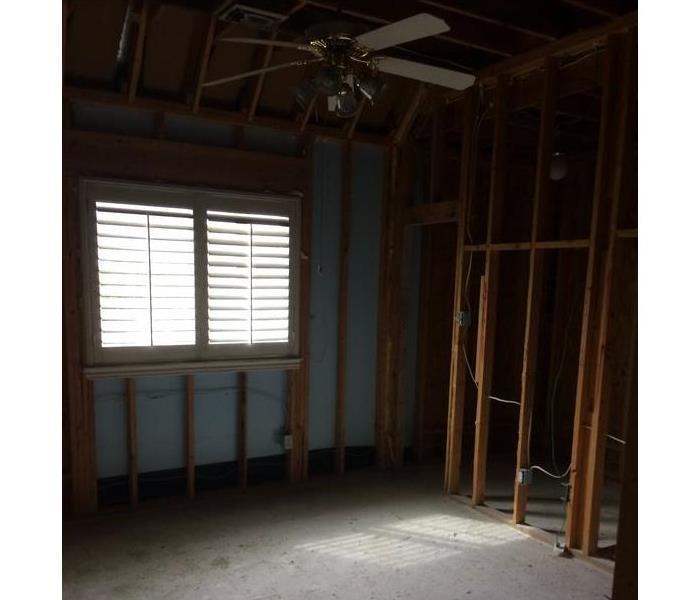 Smoke Damaged Home in Beautiful New Caney Home This New Caney home was damaged badly after a grease fire started in the kitchen. Grease fires are one of the wor... READ MORE

View Older Before & After Photos